How Can We Keep In Touch With You?
Please Enter Your Email Address Below To Get Notified When Enrollment Opens:
Let Me Know When It's Open!

Gain MASSIVE CONFIDENCE on the salsa floor by learning it right the first time, without local classes, even if you have "two left feet"

Let's do it
You're just a few movements away...
How to rapidly build MASSIVE CONFIDENCE and DELIGHT any dancer on the salsa floor, without any more classes, using material you ALREADY KNOW.

Did you know?
90% of People on the Salsa Floor Actually have Sloppy Connection
How could this be true?
They either:
Here's the Good News

You're going to learn salsa right the first time and have the inside edge with details that others don't even know they're missing!
You really have secrets?
Why is this program so special?
YES! Danny spent 13 years and over $20,000 learning from professionals and champions all over the world struggling to figure out what was missing from his dancing. He's now pieced together the common threads and packaged it here so that you don't have to go through what he went through.
After his massive struggle to learn, Danny has now come to the forefront of partner dancing education 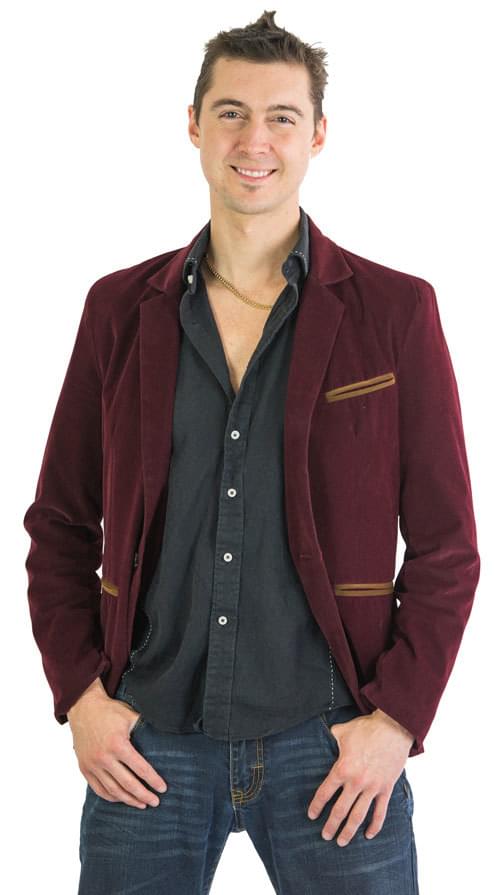 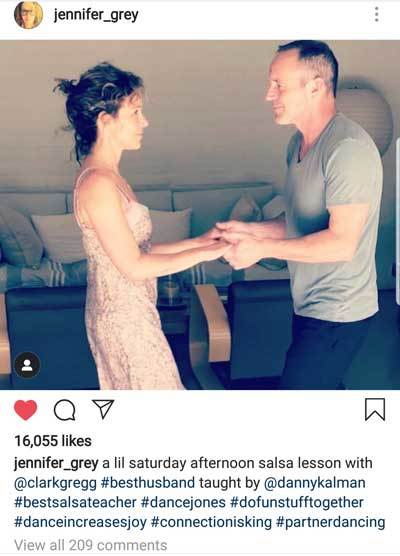 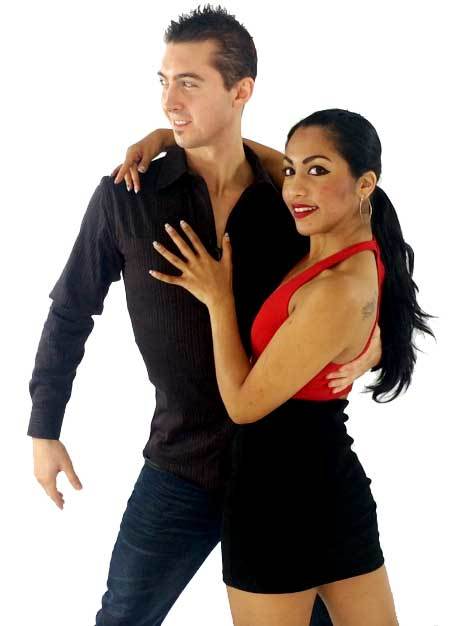 Your Instructors: Danny Kalman & Aileen Rose
How We'll Get You There 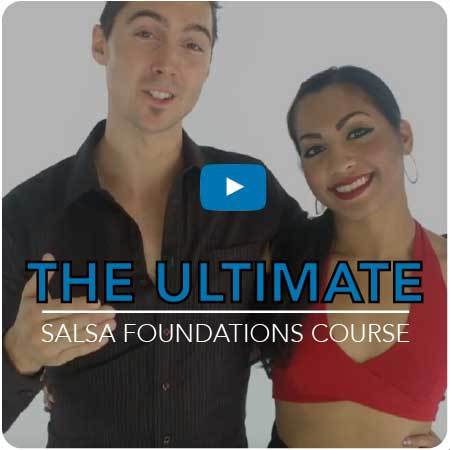 Can I Really Learn Dance From Videos Though?
Yes! In fact, you're about to get structure, repetition, and support for practicing at home that's not even possible in local classes! THIS IS A MAJOR MISSING PIECE for your dancing success!
Videos make sense. I want to start now!
STOP spending money on local classes that aren't hitting the points that are most important for YOU
STOP taking the time to commute to classes and instead learn efficiently from home
It’s like private lessons...
but with a house call, more structure, & less money
Private lessons with Danny are $100 per 45 minutes - but he doesn't meet daily and doesn't do house calls! 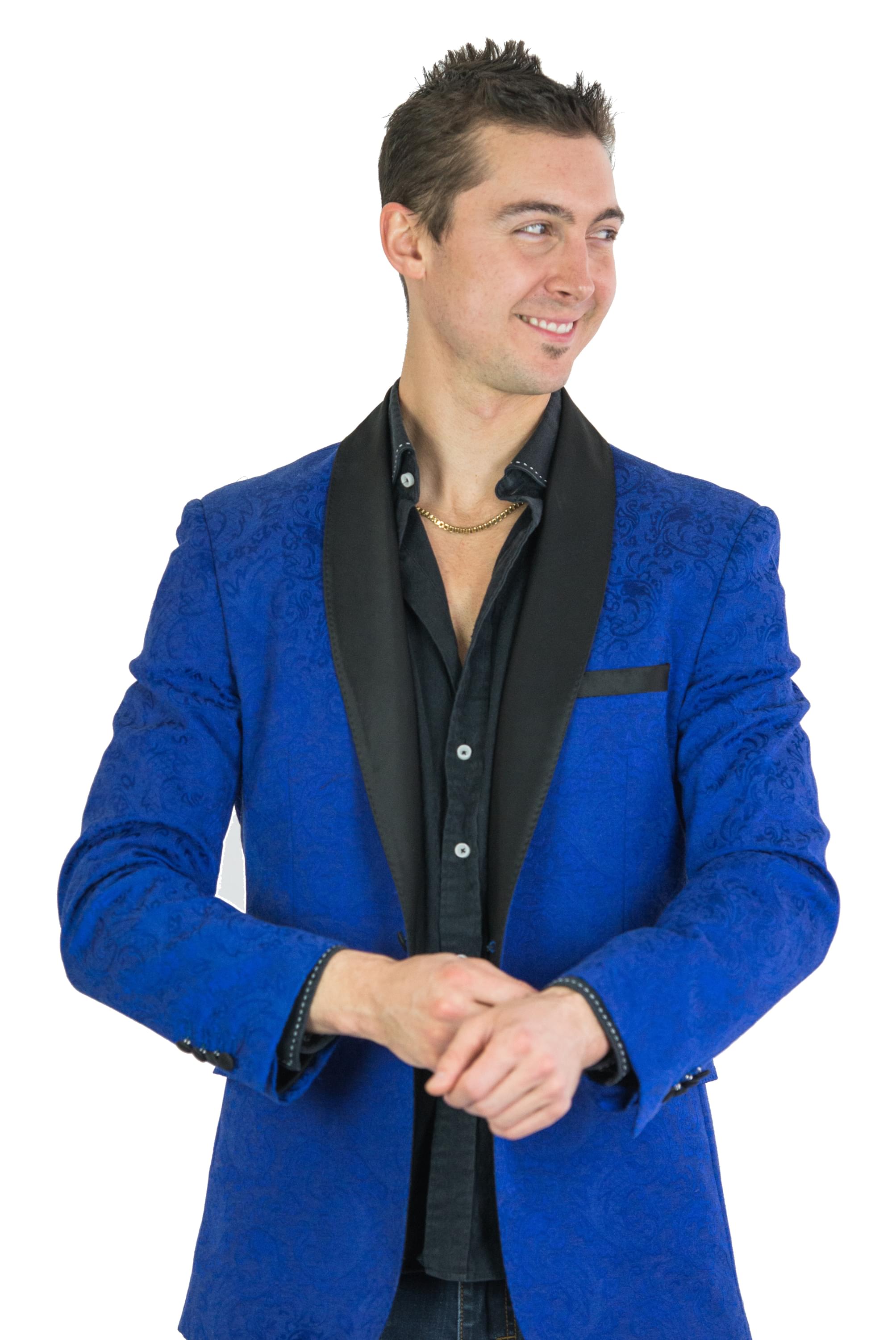 "This is EXACTLY what I do with most students in private lessons."
- Danny Kalman (your instructor & guide)
Sweet deal. I want to start now!
Who's My Instructor?
Your instructor & guide, who you may have seen on social media, is Danny Kalman.
Struggling to figure out what was missing from his dancing, Danny spent 13 years and over $20,000 learning from professionals and champions all over the world. He's now pieced together the common threads and packaged them for you.
Nothing else like this program exists on earth.
Danny has come to the forefront of latin dance education.
"Dirty Dancing" lead actress (Baby) & "Dancing With The Stars" champion,
Jennifer Grey, and celebrity husband,
Clark Gregg, learning with Danny

I have no partner though
That's fine! A huge part of the foundational material is practiced solo! You'll see when you start.
Yes, practicing with another person at times will help.
Interesting weird fact: When Danny tells strangers he dances salsa the reaction is almost always the same: "Wow, I've always wanted to learn salsa!"

This program is a GREAT opportunity to offer the gift of learning together and invite somebody to have fun with you.
Ideas of people to ask: 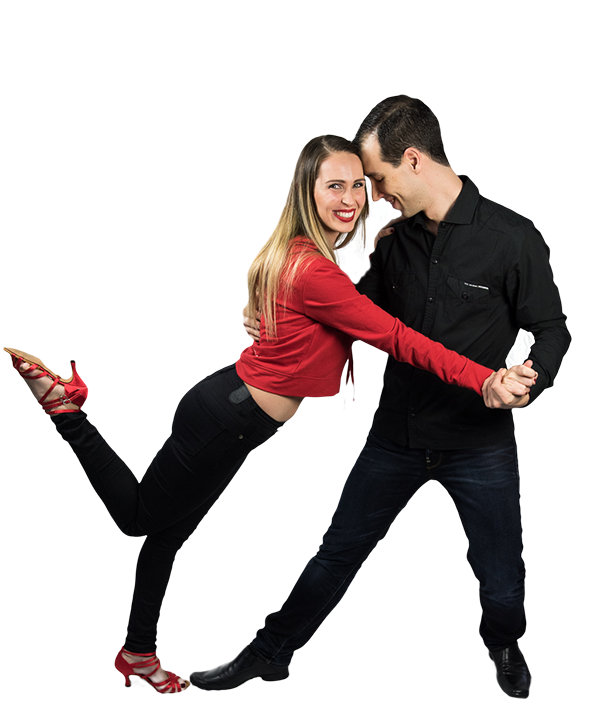 I have two left feet though
Perfect. We LOVE students like this.
From the hundreds of students that have worked with Danny personally, he hear's this statement every month.
The truth is, however, that EVERYBODY CAN LEARN TO DANCE.
Danny has worked with every type of person and GETS it. People are just missing the right support systems and structure, which is why this program was created. Just have faith and stick with the structure.
Unlike a traditional classroom, with this course at home, you can review and repeat the lessons as much as you need and nobody will be watching! Go at YOUR pace.
You're about to save MASSIVE amounts of time and money to get amazing results.

The Ultimate Salsa Foundations Course
For people learning salsa for the first time
**Warning**
When you’re having euphoric experiences on the dance floor, remember to still smile and dance with the people who haven’t mastered these concepts yet!
Ever experience these things?
Click the experiences that you've had:
Feel like you're letting down your dance partners on the floor?
Feel like most people at the salsa club are better at dancing than you?
Forget new material shortly after you learn it?
Feel like it's hard to fit in on the dance floor?
Have trouble keeping the rhythm?
Feel like you're not leading moves well?
Feel like you're not following moves well as a follower?
Feel like learning more moves might not be the solution for you?
Forget pretty much everything as soon as you step onto the dance floor?
Get nervous about asking people to dance?
People will judge you on the dance floor
Going to class is scary
People are weird in class
No good classes or world class instructors in your area
You have two left feet
Fear of asking somebody to dance
Tough truths on the dance floor. Did you know?
"Both men & women are scouting the partners they want to dance with"
Brief description
"Dancers with more experience are adjusting down to your level when they dance with you"
Brief description
"Clarity in leading and strong connection, or CHEMISTRY, is one of women's most common requests"
Brief description
"People will arrange to go to a dance club just to dance with a specific person they know will be there"
Brief description
Danny dealt with these issues too!
How did a white boy from Oregon, with no latin roots, no exposure to dance, fear of romance with women, and who started dancing late in life, evolve into a top latin dancer and pioneer of dance education?? 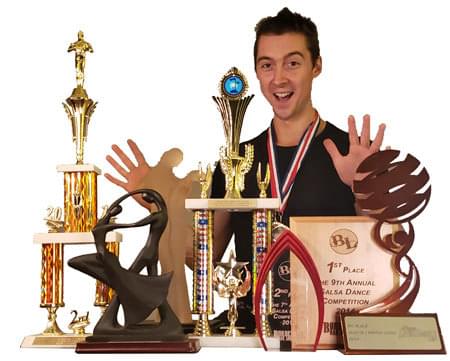 Wow, Danny was terrible for years, but I can fix this now. Yes, let's do it!
Who this is NOT for. Click away if:

Overview
Danny Kalman is a professional dance performer, competitor, instructor, and choreographer based in the latin dance mecca of Los Angeles, California.
Celebrities
Instructing celebrities such as Jennifer Grey ("Baby" from the legendary film "Dirty Dancing" and 2010 Dancing with the Stars champion), Clark Gregg (star of "Agents of S.H.I.E.L.D"), Ajay Rochester, Susannah Grant, Joe Lewis, and Yara Martinez, is just a small piece of what Danny does.
Pioneering
Danny has spearheaded dance programs at Google's campus in Los Angeles and Equinox Sports Club's flagship location, and has taught at a variety of night clubs and dance congresses. Based in Los Angeles, California he co-directs Movers & Shakers Dance Company with Nicole Gil and has partnered and performed with other top dancers such as the 20x world salsa champion, Liz Lira.
Training
Danny has trained in ballet, hip-hop, jazz, tango, various African dances, afro-cuban rumba, and latin ballroom, has performed bachata, salsa on 1 (LA style), salsa on 2 (New York style / mambo), Colombian salsa, Casino Rueda (cuban style salsa), and has won competitions in Los Angeles, San Francisco, and Jerusalem and placed third at the World Latin Dance Cup in Miami. 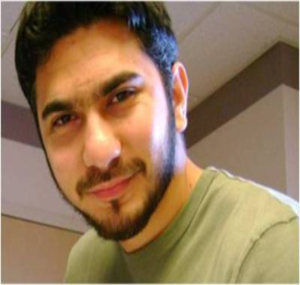 Los Angeles, California
"Danny is an incredible instructor and I can't imagine learning from anyone else. This is my first time taking a dance class and I already feel much more comfortable dancing in a social setting and I can't wait to learn more! If you're on the fence, JUST DO IT! You are going to have a blast and learn an awesome new skill that will serve you for the rest of your life." 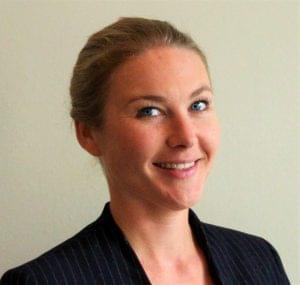 Chicago, Illinois
"Danny is by far the best teachers around. He is able to break it down and teach step by step in a fun and motivating manner. Like with anything else, it's one thing to know how to do something, and a whole other skill to teach others. He is an extremely talented teacher!

Their program is well thought out and detailed - so different from other classes. On top of it, he is a beautiful person with an even more beautiful heart. I am very grateful to have found him. I have been wanting to learn how to salsa dance for years and I am finally doing it! Thank you so much." 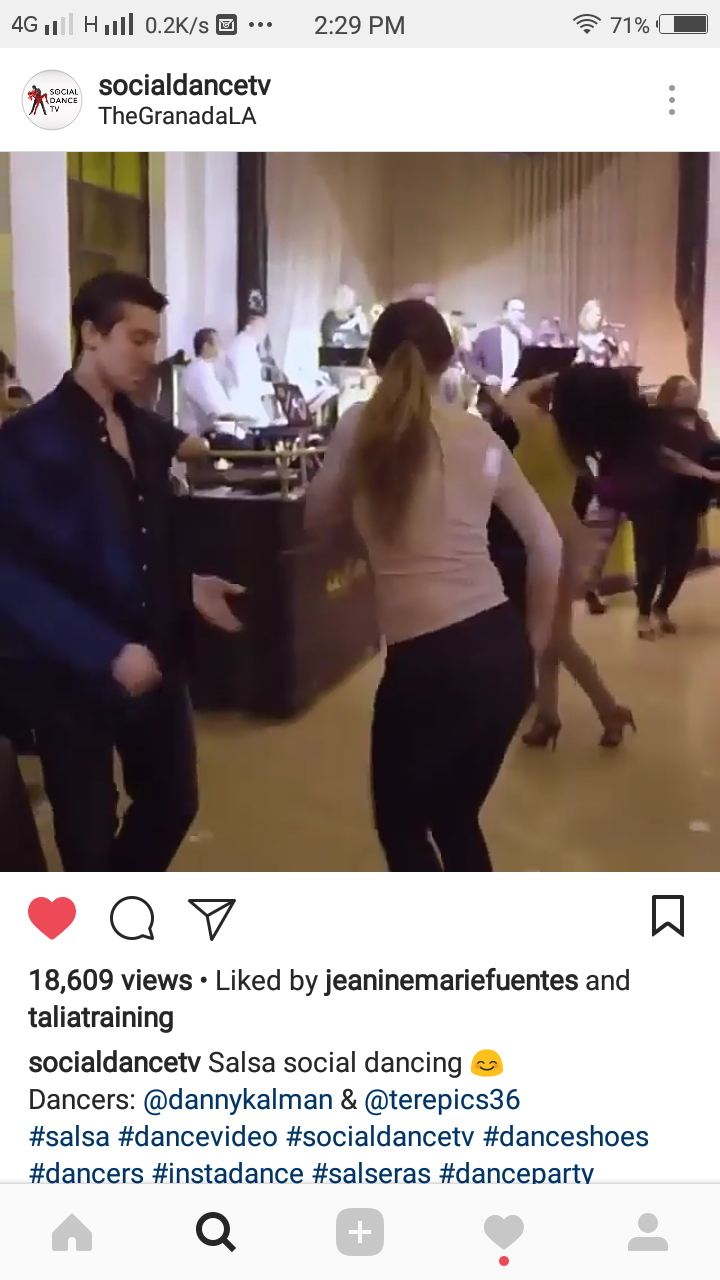 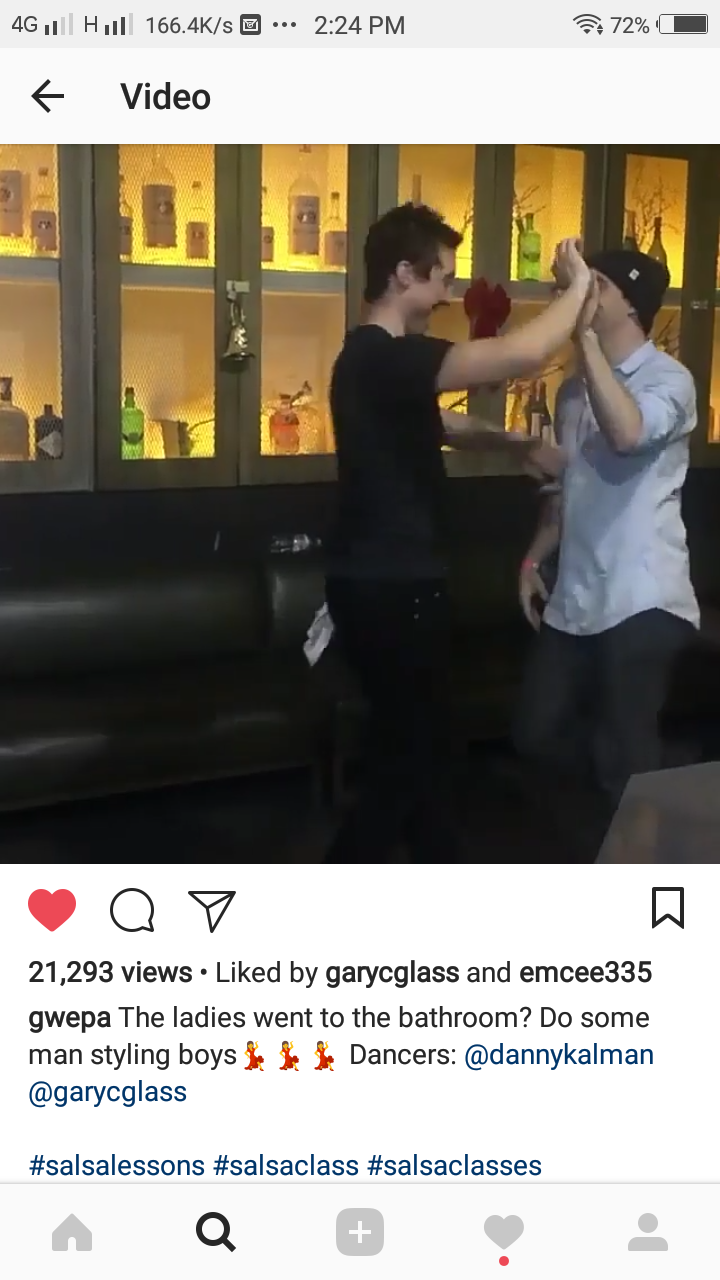 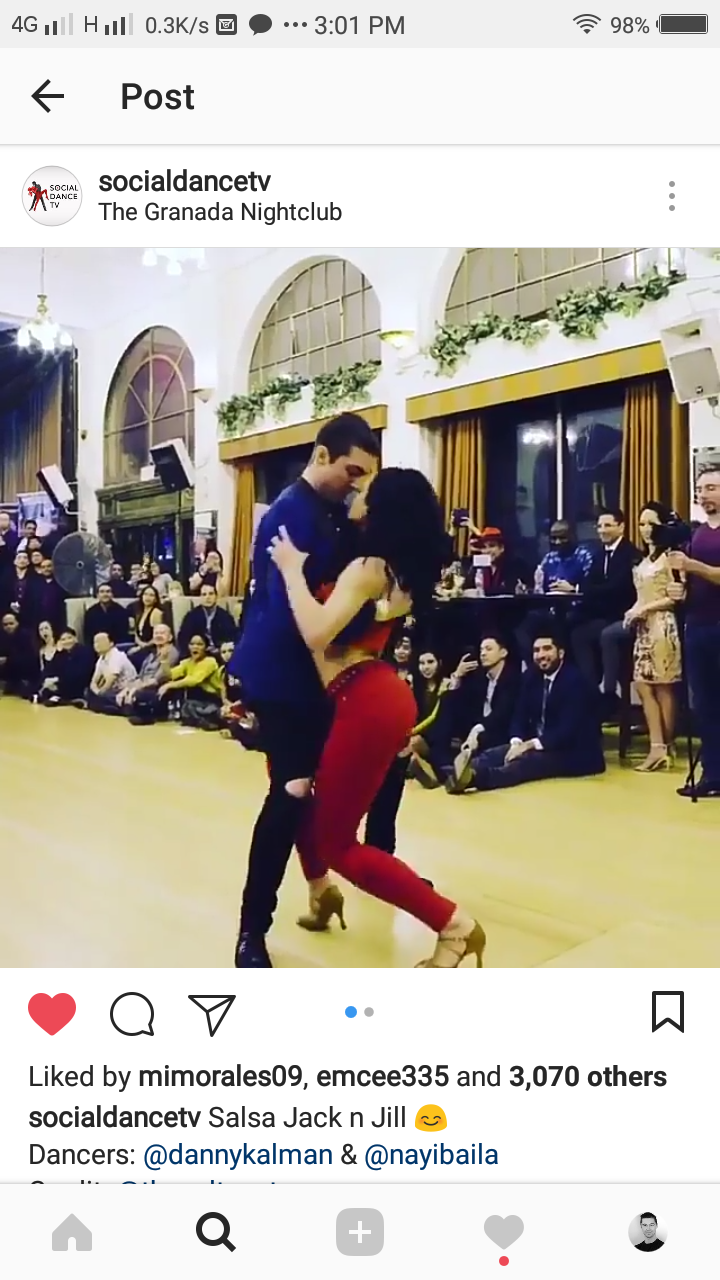 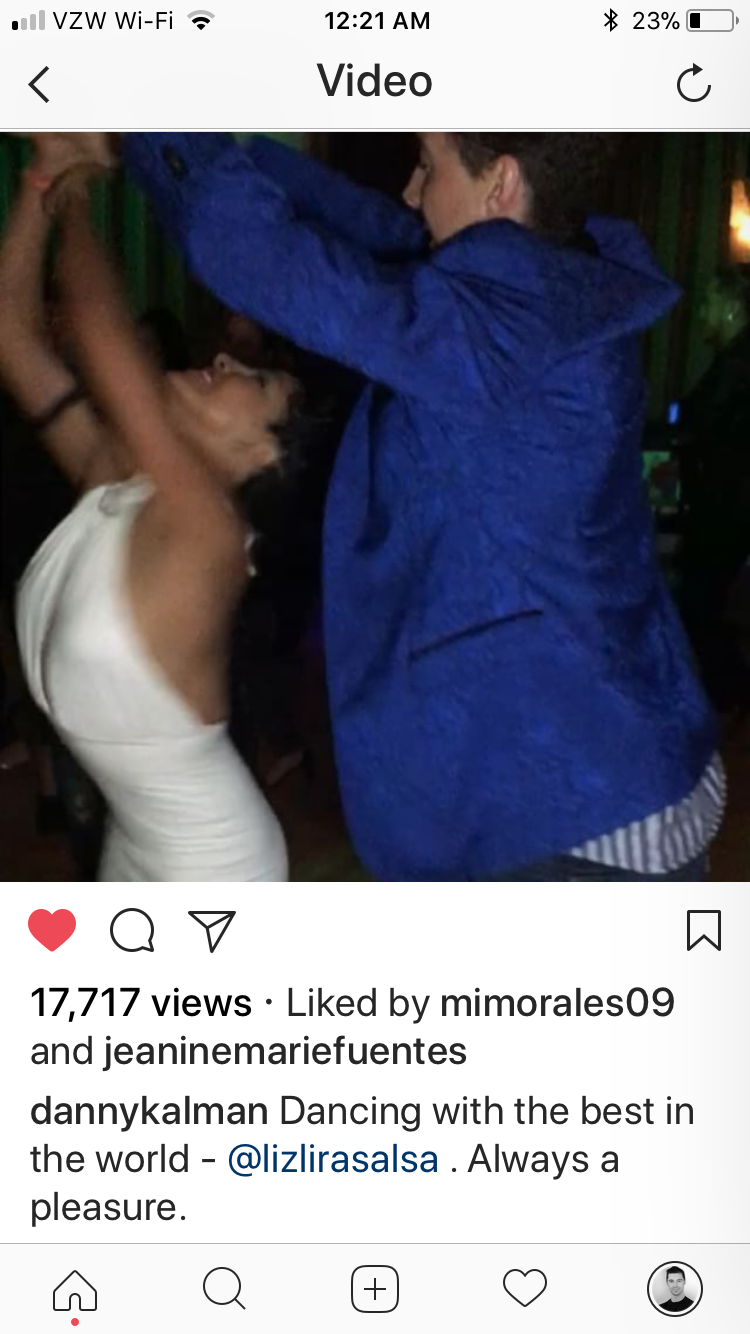 Watch and re-watch lessons 24/7, on any device. All you need is wi-fi.
Future Updates Included

When we update or film new lessons for these skill levels, you’ll get instant access.
Private Facebook Group

Have a question? Struggling with something? Post in the group and get help. 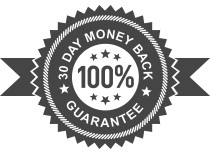 All Rights Reserved 2019 © Copyright Dance Chemistry, LLC
Common Questions
Who is Ultimate Salsa Foundation for?
People who want to radically improve their salsa dancing, have more fun with their social dance partners, and even perform, compete or teach. Students and teachers from all over the world use Dance Dojo to improve their salsa.
People who want tried and tested teaching methods and realize that strong fundamentals are the key to excelling. Our online lessons can take you as far as you want to go, giving you the tools, technique and confidence you need to let go, have more fun and express yourself in the moment!
Everything we create builds off of these values, taking you from square one to an advanced understanding of dance and music. It’s going to be a fun ride, that we can promise!
I attend salsa classes in person, how will these lessons help?
Absolutely. There’s nothing like having an arsenal of lessons available to you whenever you want to practice or check to see if your technique is right. The videos you take of your instructors at the end of class often don’t have detailed step-by-step breakdowns, and it’s easy to forget things. These online lessons serve as an excellent supplement and you can watch them anytime.
Can I get support in the learning process?

Yes! We have a private Facebook Group where we encourage everyone to share their progress and ask questions. You can also email us anytime. Our goal is to make your learning experience amazing. We also love your feedback – click here to email us.
Payment and refund
Do I need a credit card to join the course?

No! We use Paypal so your payments can come directly from your PayPal account. Also, some debit cards can function as credit cards and we also accept those.
Do you offer refunds?

We’re extremely confident in our salsa lessons, so we offer a no-risk 30 day money back guarantee. If you’re not satisfied for any reason just let us know.
Note: refunds can take 5-10 business days for the money to reach you (it’s just how the banking system works).
How do I cancel my membership?

Cancel your salsa membership anytime from your My Account page. Once you cancel, you’ll still have access to your lessons for the period you’ve paid for, but you won’t be charged again for the next period.